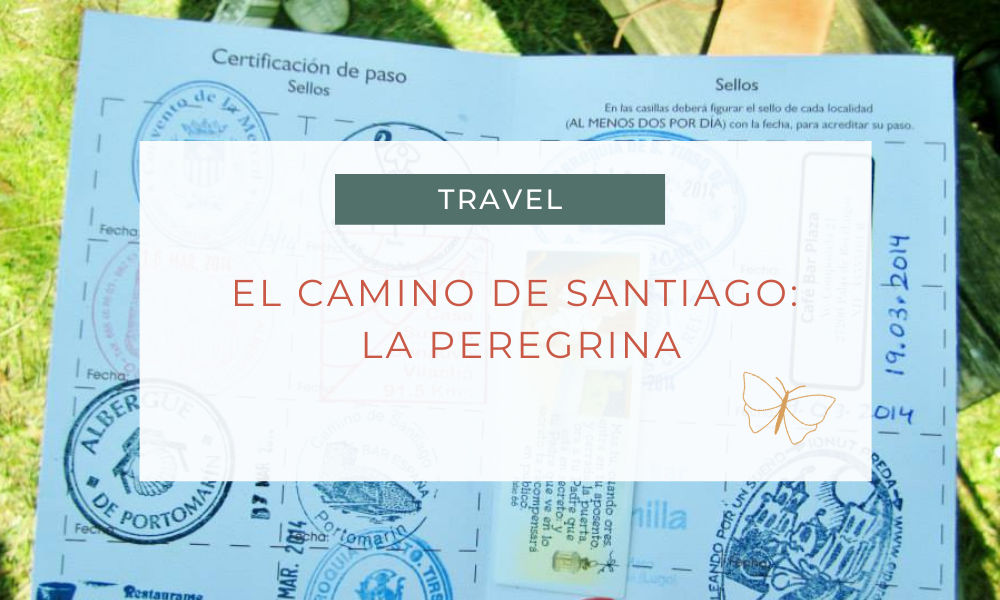 [originally posted on lamariposavagabunda.com on March 28, 2014]

Religiously speaking El Camino de Santiago, in English “The Way of Saint James,” is the pilgrimage to the Cathedral of Santiago de Compostela in northwestern Spain, where legend has it that the remains of Jesus’s apostle Saint James the Elder lie. The Camino has existed as a Christian pilgrimage for well over 1,000 years, and there is evidence of a pre-Christian route as well. Throughout the medieval period it was one of the three most important Christian pilgrimages undertaken. It was only these pilgrimages—to Jerusalem, to Rome, and to Santiago de Compostela—which could result in a “plenary indulgence,” which frees a person from the penance due for sins. The modern day pilgrim does the Camino for a variety of reasons – religious, spiritual, adventure, even to lose weight. In 2013, about 225,000 people sporting their scalloped shells hanging from their backpacks (the universally recognized symbol of the peregrino) were issued official “Compostelas” in Santiago – the official pilgrim certificate saying that you have done El Camino. However, on my short walk I met at least a handful of people who do portions of the walk every year but never go to the official “Oficina de Acogida de Peringrinos” (the official pilgrim’s welcoming office).

I also met a few people that have taken walking the Camino as a lifestyle. Like this guy from Italy who has been traveling around Europe on his bike since 2000. At the age of eight he lost half of his right leg in an accident. He has done the Camino numerous times and had a “sello” station (stamping station) set up on the side of the road – he gave us all special wax stamps, hand-done right in front of us. To be an official pilgrim you have to first get “La Credencial,” or what some people call the “Pilgrims Passport.” When you start your journey you have the local church mark the day you started and along the way you gather stamps from churches, albergues (hostels), cafes, pretty much anywhere and everywhere along the Camino. The Pilgrims Passport allows you to, a.) stay in the inexpensive albergues de peregrinos and, b.) proves to the official pilgrim’s office that you actually walked it (it’s hard to believe that some people actually try to “forge” the walk somehow just to get a certificate at the end).

I only had a week so I planned to walk the last 110 kilometers (about 70 miles) from the small town of Sarria to Santiago. This is a popular starting place because the Pilgrims Office will only issue certificates to those who have either walked at least the last 100km or biked the last 200km. There are many routes to Santiago, like ones from Portugal and Seville in southern Spain, but the most traveled one by far is El Camino Frances which starts in the small border town of Saint-Jean-Pied-de-Port, France. The journey is 780 kilometers (485 miles) and it normally takes people around 1 month to walk it. Two days before we arrived in Santiago, I met a 20 year old Korean guy named Pak who was on day 32 of walking. He didn’t speak a word of Spanish, said he was not particularly religious and was doing it by himself. When I asked why he wanted to do the walk he simply said, “because I thought it would be a fun experience.”

I purposely went on my own because they say it is something that you should experience solo. Of course, being the social butterfly who hates being alone, I made friends within the first 2 hours of walking. They were four girls from Valencia – two sisters, Eva and Noelia – and their friend Estefania. They had a week of vacation and were escaping “Las Fallas” in Valencia (a yearly celebration that consists of tourists flooding the city, parades, fireworks, partying for days, etc). They were around my age, fun, friendly and it was great to have company, as well as the constant Spanish practice. Eva was studying to be a nurse which came in handy many times on the journey – she immediately diagnosed a small rash that broke out on my leg, reminded us to wear sunscreen and stay hydrated and even went into surgery on one of the massive blisters that had engulfed Estefania’s little toe.

The girls and I were on a tight budget so we stayed in the most basic city run albergues. On average they cost about 6€ a night, had anywhere from 30-50 bunk beds crammed into one room, showering facilities/bathrooms, area to wash and dry clothes by hand (we were lucky enough to be able to use the incredibly expensive washer/dryer by splitting the cost between the four of us) and an empty kitchen (yes, and when I mean empty I mean 2 pots, 3 spoons, 2 forks and NO knives). Well, I guess you get what you pay for. We walked, on average, 22-25km per day (or 13-15 miles). One day we did 28km and I thought I was going to die, my feet were so sore. Our days were pretty relaxed – we normally woke up at 7am and were out of the hostel by 8pm and stopped for a good breakfast to give us some energy. We would walk about 2/3 of the way and then stop for a big “menu de peregrino” (three course meals for pilgrims) at local restaurants for between 8€ and 12€.

Keep in mind that March is the off-season. During high season June-August it is a common fear that you may reach the next town and have no albergue to stay in, due to the influx of peregrinos. The summer schedule normally goes something like this – wake up at 5:30am, eat on the go and try to make it as quickly to the next town before a.) it gets too hot and, b.) before everyone else does to ensure that you get a bed). Personally, the actual schedule is rigorous enough (the physical challenge of doing so much walking, combined with checking into albergues, showering, washing clothes, looking for something to eat, trying to rest and then getting up and doing it all again tomorrow. I couldn’t imagine having, on top of all that, this stress and urgency about not having a place to sleep in the next town]. So as a personal suggestion, to all those interested in doing it, I would always try to go on the off-season (March/April or September/October) and just be prepared for the iffy weather.

There are too many small details about the trip and memories to go into depth here – it’s really something you just feel and experience rather than something you can really describe. But overall, I think the Camino taught me to appreciate the simple things in life – a hot shower, a cold soda or glass of beer, a nice conversation or the exchanging of languages, clean clothes, a warm blanket, that satisfying feeling after a large meal, laughter, a hug, the warm sun on your face, a little bit of encouragement when you need it most, a smile and “Buen Camino!” from the locals….and for that, I am grateful to El Camino.

Logistics: What to Bring?

People who are interested in doing the Camino usually want tips on packing but keep in mind my special circumstances – walking at the end of March means the weather can be very unpredictable (one day it was pouring rain and freezing, the next we were getting baked under the sun). They say that your backpack should be about 10% of your body weight. I am about 140 pounds and my backpack weighed about 15 pounds (64 kilos, 7 kilos), it was perfect! Here is what I packed:

* 1 pair of PJ bottoms (instead of actual checkered PJ pants I wish I would’ve brought loose athletic pants, something that I could wear out around town and sleep in while my other walking clothes were being washed/dried…I ended up wearing my rain pants around town a lot)

* one pair of walking shoes, one pair of sandals (that I could wear socks in), 1 pair of flip flops for the shower

* journal, camera, I-pod, sunglasses, phone, chargers, a very small purse-like thing that I could walk around town with and also to keep all of my important documents and valuables with me at all times

* sleeping bag (albergues do not provide sheets) & pillow case (I would highly recommend bringing one, it makes your sleep so much more comfortable)

* every day I wore a special Spanish foot bandages called “compeed,” sort of like “moleskin” in the states, and protected all the places where I felt a blister coming on (you can buy them at any pharmacy along the Camino in all shapes and sizes), also, our “nurse” recommended that we put Vaseline on our feet to keep them from rubbing which helped tremendously and I would highly recommend it.

* a multi-use pocket knife (like I said, the kitchens have nothing so having a knife, a wine/bottle opener, scissors etc is extremely handy)

* a tiny bottle of laundry detergent to hand wash clothes with

* a walking stick or walking polls (I borrowed ones every day)

* black permanent marker (there were many places on the Camino where you could write your name or leave a keepsake, so if you want to participate bring a marker to write your name with or even a little memento that you could leave in different places – a piece of cloth, a small laminated picture of something important to you, anything!) 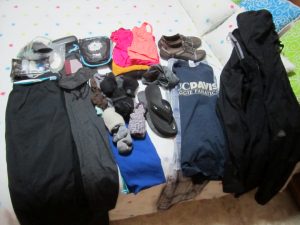 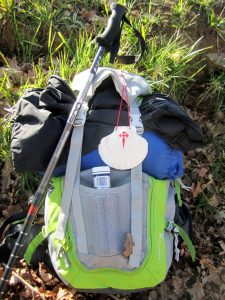 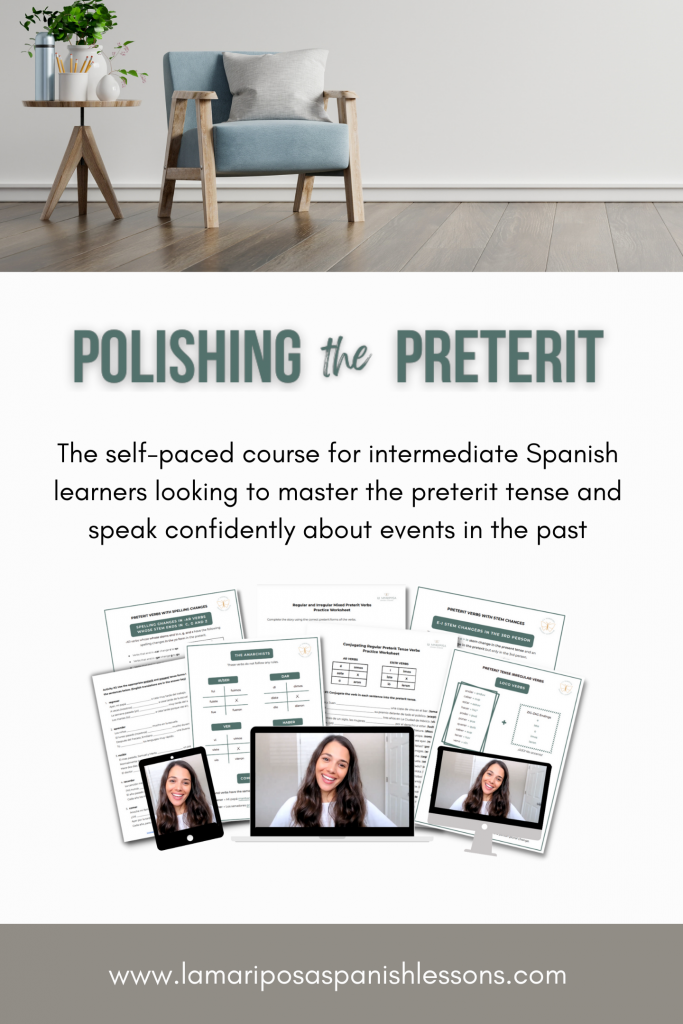 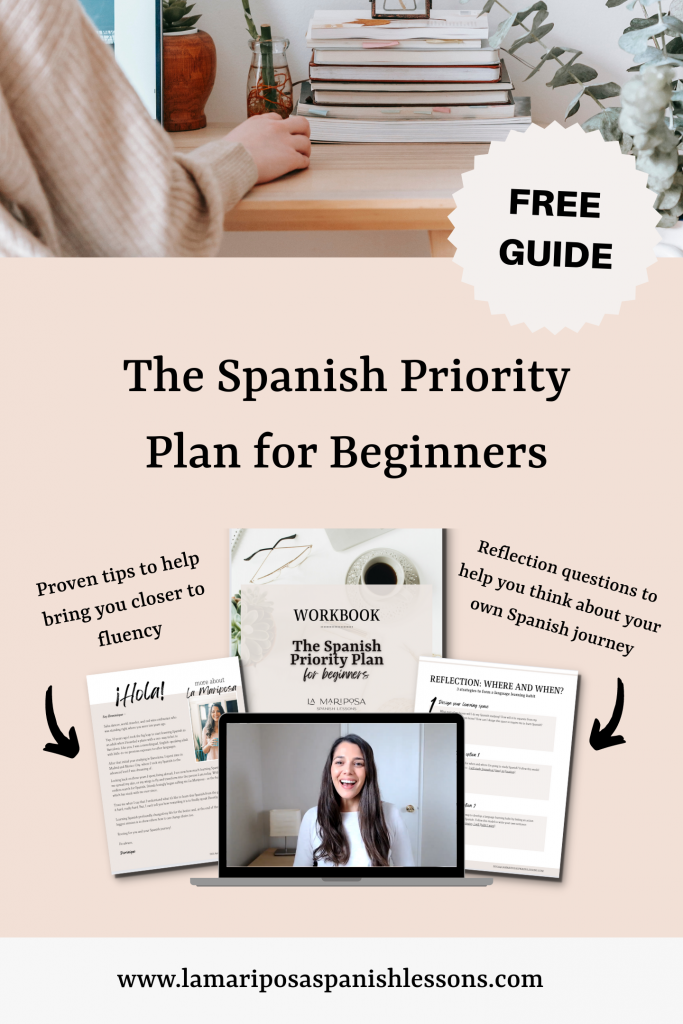 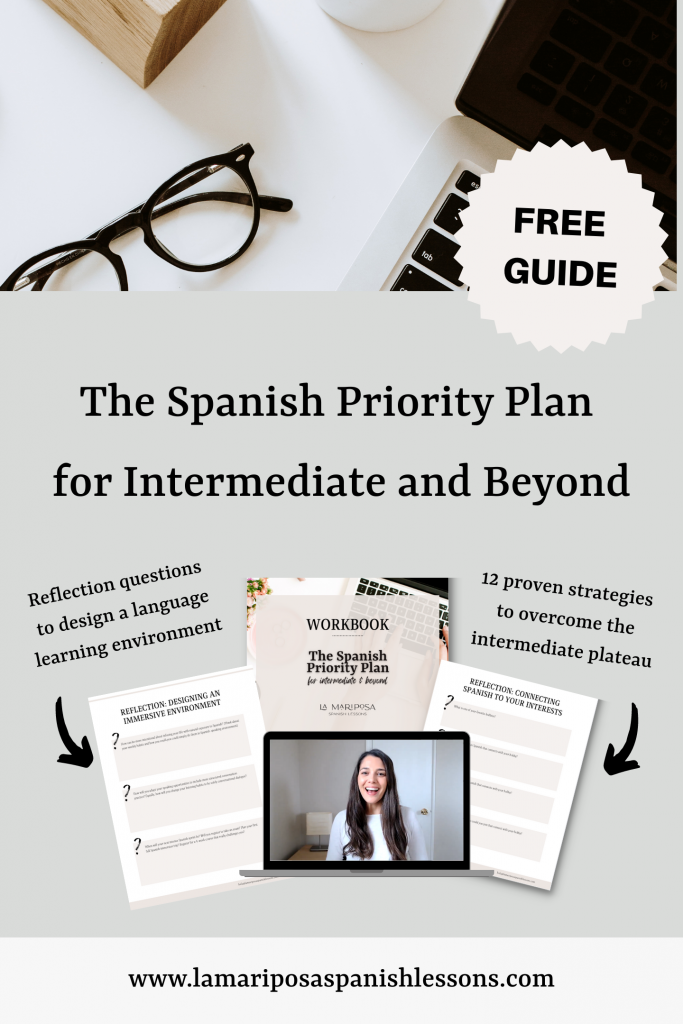